The most popular recipe for the main New Year's salad

Talking about which recipe is classic and which is not, in the case of Olivier, is even somehow awkward. Because the salad that the Frenchman (or Belgian - even here there are discrepancies) Lucien Olivier came up with for the Moscow Hermitage restaurant is not exactly archived anywhere. Well, the author did not write it down either on a napkin or in a notebook - nowhere. Someone saw something, someone seemed to be standing behind him while Olivier cut vegetables. But there is no exact data.

Therefore, in this case, it is not the pre-revolutionary recipe with lanspic, hazel grouse and crayfish necks that can be considered classic, but the Soviet recipe with boiled meat and mayonnaise. It was this salad that our grandmothers and mothers prepared for the New Year, and our goal is to reproduce the same taste from childhood.

Here is the most canonical recipe in existence, with all the details and no late infusions like green apple, fresh cucumber or sour cream dressing.

3 objections about Olivier cooking technology, which we foresee and which we immediately answer.

Yes, perhaps it is tastier this way, because the vegetables are more “collected” and the taste does not go into the water. But this is a private opinion and a departure from the classics. In fact, in order for the vegetables not to become watery, it is enough to throw them into boiling water, and not into cold. Or cut first, and then boil - so the vegetables come into less contact with water and cook faster.

Not certainly in that way. Someone remembers the same Olivier from childhood in the sausage version, and someone in the meat version: both versions of the “All-Union salad” were equally popular. In the “Book of Tasty and Healthy Food”, only the recipe with meat appears, however, under the name “Meat Salad”, but with the same ingredients, not a word about sausage salad.

A useful life hack, so the peas will really have a cheerful green color and a fresh taste. Although this is a deviation from the canon, because frozen peas, unlike Hungarian cans, were not available during the golden years of Olivier. But if you like it, do it.

Take about a pound of boneless, tender beef (such as a thigh). Boil it in advance, before preparing the salad, it should have time to cool. Boil 1.5–2 liters of salted water in a saucepan and put the meat in it. Water should cover the meat by 3-4 cm - so it does not have to be added during the cooking process and at the same time there will not be too much water so that all the taste of the meat does not go into the broth. 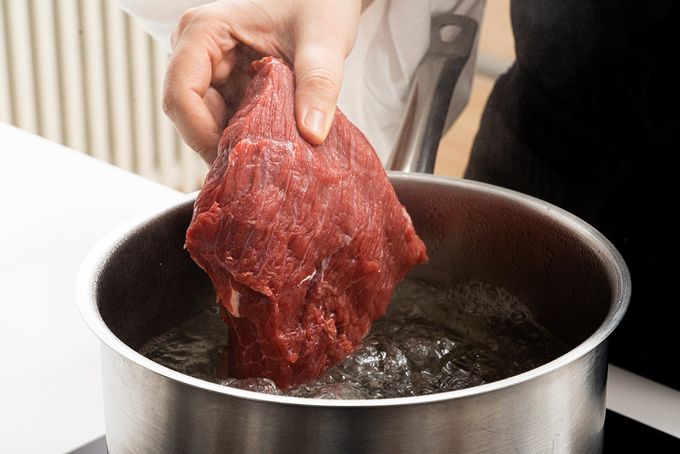 As soon as the meat is laid out, reduce the heat, let the water boil again and cook the meat at a minimum boil for about an hour and a half. Then let the meat cool right in the broth and put the pan in the refrigerator before cutting the salad. 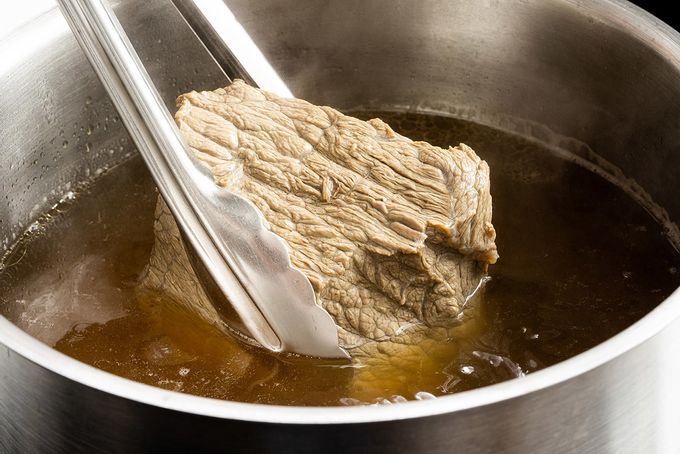 Now let's get to the vegetables. Put a large saucepan on the fire, filling it with water about 2/3 of the volume. In the meantime, wash 3 potatoes and 3-4 carrots well without peeling. 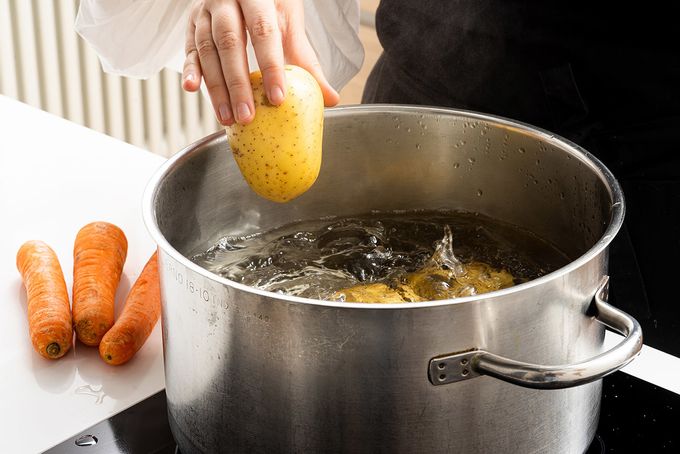 When the water boils, put the vegetables in it, reduce the heat and cook for about 30-40 minutes: readiness can be checked by piercing the largest vegetables with a toothpick - it should easily enter the pulp. It is best to put vegetables in boiling water, then they will retain their taste and not become watery. 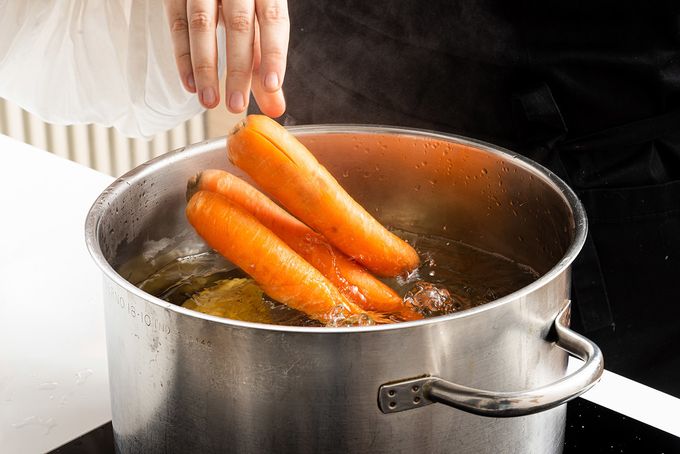 Drain the water, the potatoes can be cooled right in the pan, and it is better to immediately transfer the carrots to cold water - this way it will better preserve the color. 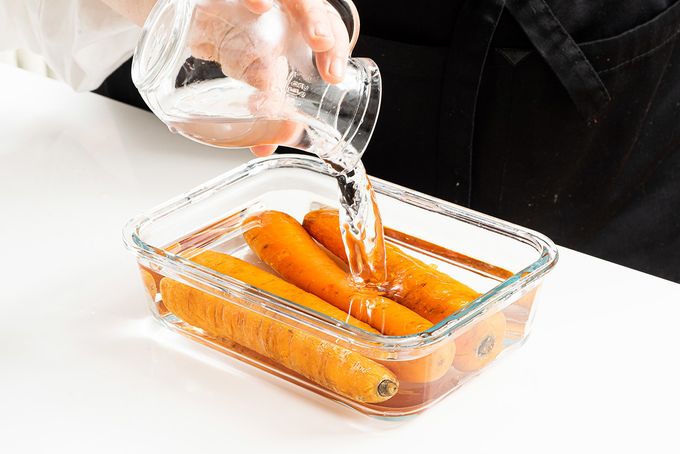 Boil the eggs separately, you will need 4-5 pieces. Put them in cold water, let it boil and after a minute reduce the heat. Boil for 7-8 minutes, no longer, so as not to overcook, otherwise the yolk will turn gray and the protein will become rubbery. Immediately transfer the eggs to cold water, let stand and peel. 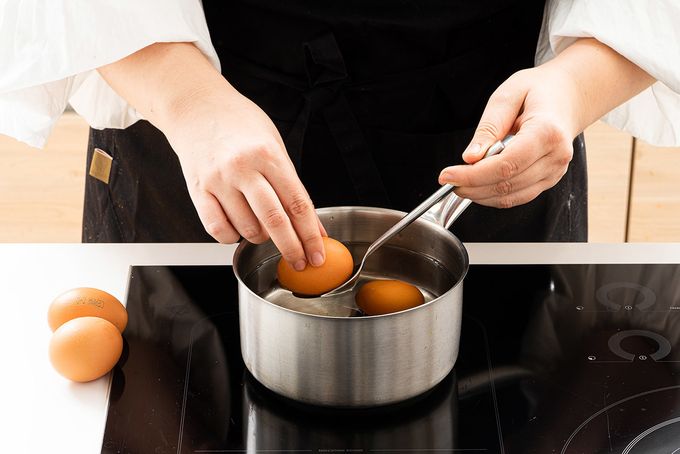 Now let's start assembling the salad. Peel potatoes and carrots and cut into cubes with a side of 5 mm. 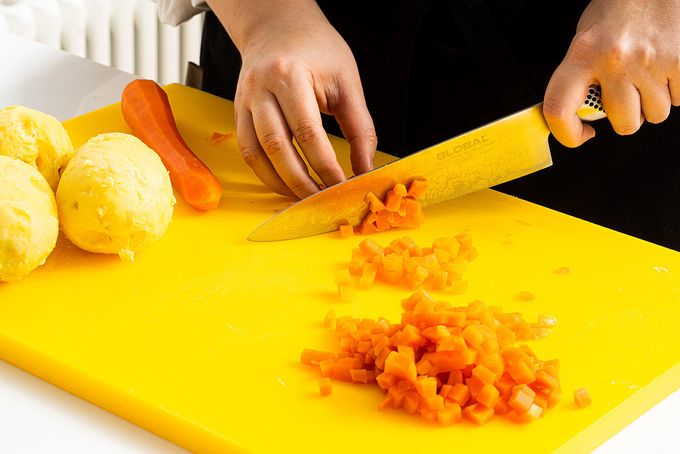 Cut eggs and beef into the same cubes (if there are veins and fat in the meat, they must be removed). 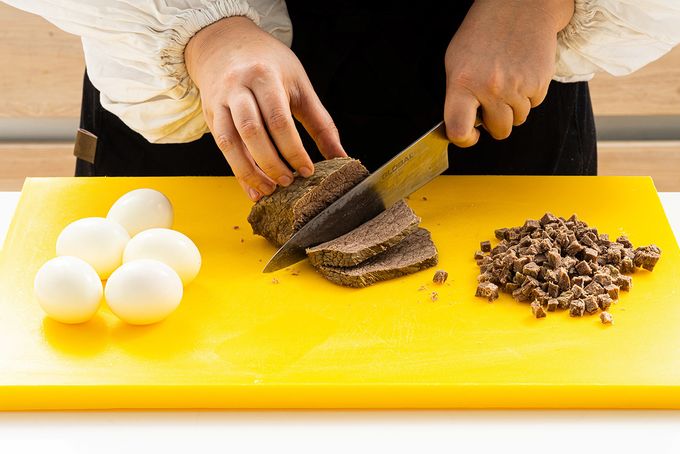 Chop one onion as small as possible into cubes. If the onion is very evil, you can put it in a sieve and spill it with boiling water - so the taste will be softer. 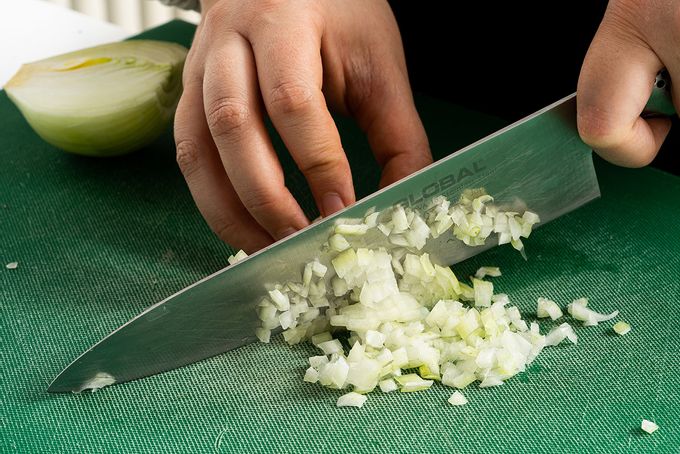 Finely chop the green onion and dill (in a small bunch). 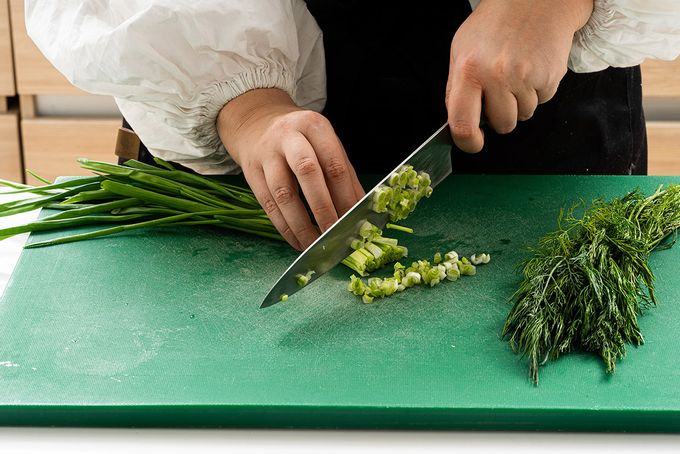 Mix all prepared ingredients, pepper, season with mayonnaise (packs of 250 grams are more than enough) and put in the refrigerator. The salad will be tastier if you let it brew for at least half a day. Until the salad is salted - mayonnaise is salty in itself, plus then we will add pickles to the salad.

Pickled cucumbers (about 5 pieces), if you want to make your life as easy as possible, also cut in advance. First, cut in half, and if the seeds are large, remove them. Then cut the cucumbers into the same cubes as potatoes and carrots, put them in a separate container and also put them in the refrigerator.

Right before serving, open a jar of peas, drain them in a colander, drain the liquid, and add the peas to the salad. Chopped pickles will also go there.

Toss the salad, taste and, if required, add salt and pepper to taste.