Social phobia is a disease, not a cute personality trait 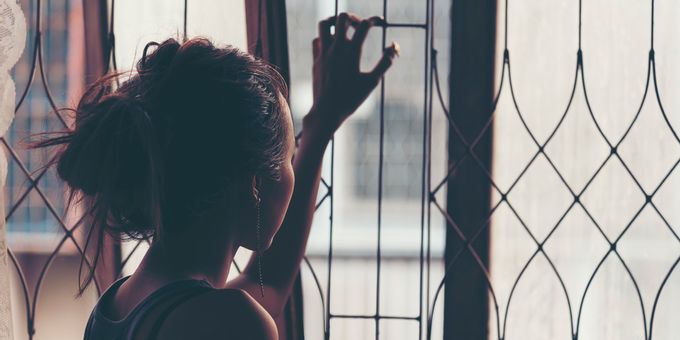 People often call themselves social phobes because they like to watch TV shows at home rather than go to parties. Social phobia seems like a cute little problem that only adds charm to a person.

In fact, if you just love being alone, then it's introversion. If you follow social norms only as long as they are beneficial to you (like Cumberbatch as Sherlock), then this is sociopathy. But if you are sickeningly scared to ask the cashier for a package, then yes, you are probably really a sociophobe.

So what is it?

A type of anxiety disorder. According to various estimates, from 2 to 13% of people suffer from it. The social phobe suffers from low self-esteem and does not believe that most people do not care about him at all. It seems to him that everyone around him is laughing at him, looking askance, condemning him. Even compliments he perceives as a mockery.

Naturally, the need to communicate causes a panic in the sociophobe. “If I ask a passer-by to show me the way, he will think that I am stupid” – this is how a person with this disorder thinks. It’s easier for him to wander the street for an extra hour in search of the right place than to talk to someone. And if communication does take place, a sociophobe can really fall into a stupor and behave stupidly. After that, of course, it will be confirmed in the opinion that everyone is laughing at him, and that you need to isolate yourself.

At the same time, the need for communication among such people does not go anywhere. They sincerely want to join the team, build relationships, find friends. But how to do it if any conversation is accompanied by a rapid heartbeat, trembling, sweating, indigestion, dry mouth, chills or headache?

Where does it come from?

Science has yet to answer this question.

There is a version that from childhood. Shame is a very useful feature that helps us get along with society. But when a person receives an inadequate dose of stress while trying to communicate, the mechanism breaks down. This happens if a person was often ridiculed or shamed in childhood. Or if parents often compared him with other children not in his favor.

Psychological trauma can also provoke the development of social phobia, especially if it was repeated several times. For example, if a person was bullied at school, and then he could not find friends at the university.

If one of the twins develops social phobia, then for the other twin the risk of acquiring this disorder increases by 30-50%. Therefore, it is possible that the disorder is transmitted genetically.

Like any anxiety disorder, social phobia is treated in the doctor's office with psychotherapy and antidepressants. But social phobes rarely ask for help: they think they deserve isolation.

And one willingness to be treated is not enough. Psychotherapy is time consuming and can be quite painful, and social phobics spend years learning to avoid pain. Therefore, few of them complete treatment.

How to deal with a social phobe?

Such a person feels very uncomfortable in society. Therefore, he may behave strangely: too provocatively or too ingratiatingly. Remember that this is just a naive attempt to hide your fear of you.

If you want to communicate with a social phobe, you will have to do all the steps yourself. And be prepared for the fact that the warmest and most sincere words on your part will be perceived as a mockery. Most often, sociophobes simply do not perceive a friendly attitude towards themselves. Do not blame him for this, because the problem is really serious and depends little on him.

Your main mission is to gently persuade him to undergo a course of psychotherapy. Aggravation of social phobia can lead to such dire consequences. There is evidence that 20% of patients suffer from alcoholism. 16% - depression. Suicide attempts are made by 23%.

Is mental illness a personality trait?

A range of various mental illnesses, such as depression, substance abuse, and psychosis, are linked to the same personality trait , research suggests. Neuroticism is one of the five higher-order personality traits and pretty much everyone has it to some exten

What personality disorder is very similar to social phobia?

As mentioned above, there are some behavioral characteristics that are common between both avoidant personality disorder and social anxiety disorder. A main negative component in both of these conditions is the avoidance of social situation

Is social anxiety a personality characteristic?

What are the 3 types of personality disorders?

Which personality disorder is most similar to social phobia?

What disorders are similar to social anxiety?

Is avoidant personality disorder the same as social anxiety disorder?

But while avoidant personality typically involves patterns of avoidance in most or all areas of life, social anxiety may only involve avoidance in a few specific situations . The DSM continues to categorize them separatel

Is social phobia a personality disorder?

What personality type is social anxiety?

Is anxiety a personality trait?

Trait anxiety represents a fairly stable characteristic related to personality . Experiencing more frequently state anxiety combined with a general view of the world as being threatening and dangerous is used as marker of trait anxiety.

Is social anxiety state or trait?

Trait social anxiety , the stable tendency to experience this anxiety, can be distinguished from state anxiety, the momentary response to a particular social stimulus. Half of the individuals with any social fears meet the criteria for social anxiety disorder.

How does anxiety relate to personality?

Based on current information, we conclude the following: 1) Personality traits such as high neuroticism, low extraversion, and personality disorder traits (particularly those from Cluster C) are at least markers of risk for certain anxiety disorders ; 2) Remission from panic disorder is generally associated with partial ...

Can you have 3 personality disorders?

What is the most severe personality disorder?

The odd/eccentric cluster includes people with paranoid, schizoid, and schizotypal personalities . These are the most severe types of personality disorder