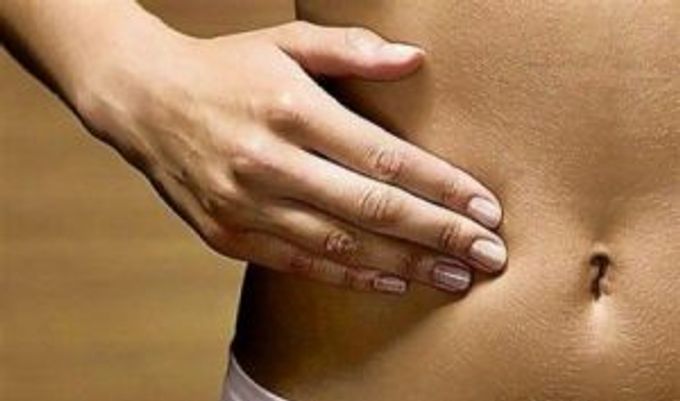 Diagnosis ovarian cyst, as a rule, sounds daunting for a woman. Behind this diagnosis, she most often expects to hear a no less terrible conclusion - an operation.

Is it always possible to put an equal sign between the diagnosis of "ovarian cyst" and the operation?

Let's figure it out!

What are ovarian cysts?

Below I will not give a generally accepted classification, but simply divide the formations of the ovaries to make it clear.

These include two types of cysts - follicular cysts and cysts of the corpus luteum.

The mechanism of formation of these cysts is as follows:

Normally, in every woman at the beginning of the menstrual cycle, follicles (small vesicles that contain the egg) begin to grow in the ovaries. Usually, several follicles grow in one menstrual cycle and only one of them grows to 20 mm and bursts in the middle of the cycle. This process is called ovulation. An ovum comes out of the ruptured follicle and another formation forms in its place - the corpus luteum. The corpus luteum is a bursting, collapsed follicle, inside of which there is a little blood, which gradually resolves. The corpus luteum exists for 10-12 days, and if pregnancy does not occur, it regresses.

If the follicle grows to 20 mm and does not burst, but continues to grow further, then such a follicle turns into a cyst, which is called a follicular cyst. The size of the follicular cyst can reach 8-10 cm, but usually it is about 4-6 cm. Such cysts resolve on their own within 2-3 months and there is no need to operate on them! To speed up their resorption, monophasic hormonal contraceptives are usually prescribed.

There are cases when the follicular cyst bursts, and its contents are poured into the abdominal cavity. In this case, bleeding may occur, which will require hospitalization in a hospital. Therefore, if you have found a follicular ovarian cyst, you should refrain from physical activity and violent sexual intercourse.

A corpus luteum cyst is formed in much the same way as a follicular ovarian cyst. Often this is due to a more pronounced hemorrhage into it, or it simply increases in size under the influence of various factors. Cysts of the corpus luteum also should not be operated on, they usually resolve on their own within 2-3 months.

Functional ovarian cysts (follicular and corpus luteum cysts) are operated on only if complications occur against their background (bleeding, suppuration, etc.) or if they do not disappear and do not decrease in size for more than 4-6 months. This is not so common, so in most cases, functional ovarian cysts do not operate!

This is a benign ovary. Such cysts are also called "chocolate" because their contents are a dark liquid that resembles melted chocolate. Such content of cysts is due to the fact that their inner wall consists of the same cells that make up the mucous membrane of the uterine cavity. These cells are also sensitive to fluctuations in hormones and are able to be rejected into the cavity of the cyst in the likeness of menstruation. That is, small menstruation occurs inside the cyst. As the contents of the cyst accumulate, it increases in size.

Most often, endometrioid ovarian cysts are asymptomatic and are found incidentally on ultrasound. They are double-sided and can reach large sizes. The growth rate of such cysts is different and little predictable. Some cysts may not grow for a long time and remain their size for life, decreasing slightly after menopause. Endometrioid cysts have a small risk of degenerating into a malignant ovarian cyst, most often this occurs in late reproductive age and after menopause.

Since endometrioid ovarian cysts are sensitive to sex hormones, in some cases, drugs are used to treat them that temporarily introduce a woman into artificial menopause (GnRH agonists: zoladex, buserelin, diferelin, lucrin-depot, etc.), as well as drugs synthesized from male sex hormones. Drug treatment can reduce the size of cysts, but, as a rule, after stopping treatment, cysts begin to grow again. To prevent relapse after the main course of treatment, modern hormonal contraceptives are prescribed.

All endometrioid cysts respond to treatment in different ways - they can significantly decrease in size, or they can, despite treatment, remain the same size.

More often, endometrioid ovarian cysts are operated on. This is a relatively simple operation that is performed laparoscopically (with special instruments inserted into the abdomen through small holes under the control of a video camera). The cyst, together with its capsule, is removed from the ovary, while the ovary most often retains a sufficient amount of the tissue it needs. If the size of the cysts is very large, then it happens that the ovarian tissue can hardly be found. In this case, the entire ovary is removed.

Relatively often, endometriotic cysts recur after surgery. To prevent their reappearance in the postoperative period, a course of drugs is prescribed that are used for the medical treatment of these cysts (GnRH agonites and derivatives of male sex hormones). The duration of such an anti-relapse course of treatment is from 3 to 6 months.

Sometimes the question arises of what to do in a situation where a woman has a small endometrioid ovarian cyst and she is planning a pregnancy. Surgical treatment entails not only getting rid of the disease, but often gives rise to quite serious problems that affect the ability to become pregnant. Adhesions that occur to varying degrees after surgery can make the fallopian tubes obstructed, due to which pregnancy may not occur or an ectopic pregnancy may develop. In addition, excessive coagulation of the cyst bed after it has been removed from the ovary can damage the remaining tissue, which will affect ovarian function.

Therefore, in the presence of small ovarian cysts, it is possible to become pregnant and, after giving birth, evaluate her condition and decide whether it is worth operating on her or you can continue to monitor her.

Benign tumors, like malignant tumors of the ovaries, are always operated on, and the sooner they are detected, the better. As a rule, ovarian tumors do not manifest themselves in any way and only sometimes can lead to pulling pains in the abdomen or menstrual irregularities. This "hidden" behavior of tumors once again indicates the need for annual ultrasound, regardless of age. Once again, the surgical removal of tumors in their early stages makes it possible to achieve a very good prognosis in treatment.

There is such a "funny" tumor of the ovary - dermoid or "dermoid cyst" or "teratoma". It is a rounded formation in the ovary, inside which there is a liquid in which fat floats, hair, teeth, nails - in general, a set of “spare parts” distinguished by composition. This cyst is formed from the remaining germ of one of the embryonic tissues. The size of such cysts varies from a few centimeters to gigantic sizes. These cysts are usually removed surgically. A separate type of such cysts “immature teratomas” is a malignant formation.

Thus, functional ovarian cysts are not operated on (extremely rare). You can get pregnant with small endometrioid cysts. All other "cysts" of the ovary should be operated without delay.

Cysts in the ovary often don't cause any symptoms. If they're large, you may feel either a dull or sharp pain on one side of your pelvis or abdomen. You may also feel bloated, or a heaviness in your lower abdomen. If the cyst ruptures, you'll feel a sudden, sharp pai

Is ovarian cyst a serious condition?

Many women have ovarian cysts at some time. Most ovarian cysts present little or no discomfort and are harmless. The majority disappears without treatment within a few months. However, ovarian cysts — especially those that have ruptured — can cause serious symptoms

What is the main cause of ovarian cyst?

The main causes of ovarian cysts may include hormonal imbalance, pregnancy, endometriosis, and pelvic infections . Ovarian cysts are sacs of fluid that form on either the ovary or its surface. Women possess two ovaries which sit on either side of the uteru

When should I be concerned about an ovarian cyst?

If you have pelvic pain with fever, nausea, and vomiting , it could be a sign you have an infection associated with the cyst. An infection deserves immediate medical attention. Cysts can also rupture or twist — a condition called torsion.

Your pain should go away in a few days . Let your provider know right away if you your pain gets worse, if you feel dizzy, or have new symptoms. Follow up with your provider if you need imaging or blood tests. If you have a complex ruptured ovarian cyst, you may need to stay in the hospital for 1 or more days.

Do you have constant pain with ovarian cyst?

Most ovarian cysts are small and don't cause symptoms . If a cyst does cause symptoms, you may have pressure, bloating, swelling, or pain in the lower abdomen on the side of the cyst. This pain may be sharp or dull and may come and go. If a cyst ruptures, it can cause sudden, severe pai

How do you check if you have an ovarian cyst?

Symptoms of an ovarian cyst

What does having an ovarian cyst burst feel like?

Symptoms you may experience if you have a ruptured ovarian cyst include: Sudden, sharp pain in the lower belly or back . Vaginal spotting or bleeding . Abdominal bloating .

How do you know when an ovarian cyst is serious?

Most ovarian cysts are small and don't cause symptoms. If a cyst does cause symptoms, you may have pressure, bloating, swelling, or pain in the lower abdomen on the side of the cyst . This pain may be sharp or dull and may come and go. If a cyst ruptures, it can cause sudden, severe pai

Are ovarian cysts something to worry about?

Most cysts are nothing to worry about , and they typically don't cause any symptoms. Your physician might even find one you didn't know about during a pelvic exam. However, it is still possible to have some symptoms, such as irregular periods, spotting, or pelvic aches and pains, but these aren't very commo

Can you live with ovarian cysts?

Living with an ovarian cyst

If you have an ovarian cyst, you can usually just wait for it to go away on its own in a few months . But sometimes cysts can break open. This is called a rupture. This can cause a lot of pain and heavy bleedin

What happens if you leave an ovarian cyst untreated?

If left untreated, some cysts can decrease fertility . This is common with endometriomas and polycystic ovary syndrome. To improve fertility, your doctor can remove or shrink the cyst. Functional cysts, cystadenomas, and dermoid cysts do not affect fertility.