Theodoxus are the favorite of many aquarists, as they have an exotic appearance and at the same time do not cause problems in terms of maintenance. Consider the main features of these gastropods and the subtleties of caring for them. 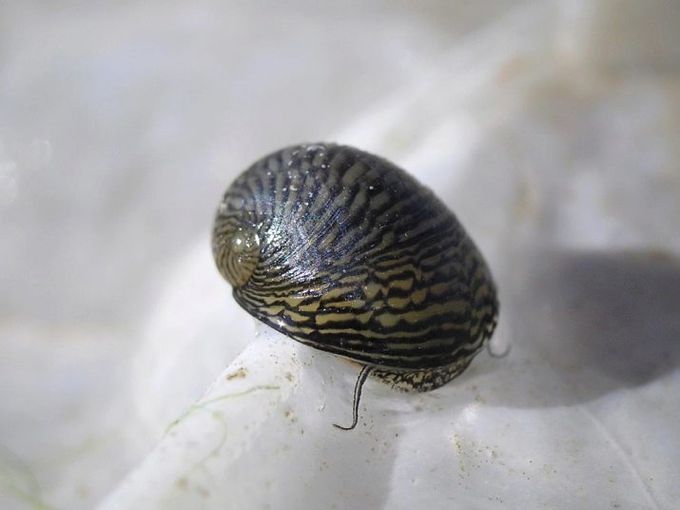 These molluscs belong to the neritidae family. Among the possible habitats for them, both fresh and slightly salty water bodies can be noted. Individuals can reach 2 centimeters in height. Their shell is rounded, with a slight curl at the end, a bit like a cup. The surface of the sole has a small yellowish lid, which serves to ensure that theodoxus can block the entrance to his house, if necessary.

Aquarists are often attracted by the colors of these snails. It can be very varied. The pattern remains unchanged, clearly standing out against a light or grayish background with bright dots or intermittent zigzag stripes. The shell of mollusks is very durable, which is due to their initial needs. The fact is that neritids live in reservoirs with a strong current, respectively, without a strong shell they would have a hard time in such conditions. 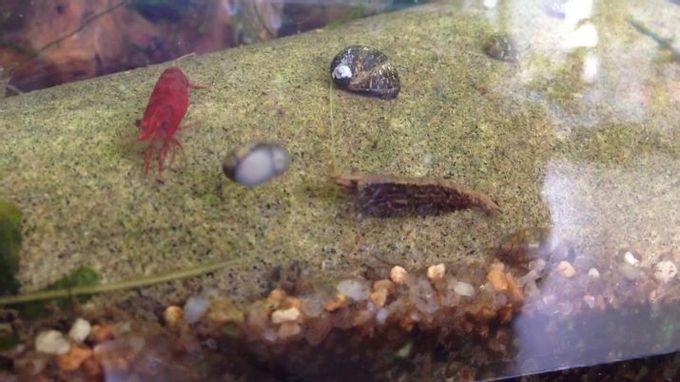 Aquarists especially appreciate the tropical representatives of the neritidae family. It is these mollusks that look especially exotic, their appearance attracts attention.

It should also be noted that in the aquarium these snails perform a useful function. They are not interested in tall plants, but they are not indifferent to the plaque that appears on the walls of the aquarium. It must be said that at present these creatures are not yet very common for keeping at home, since few people are engaged in their large-scale breeding, and the price of individuals is quite impressive. 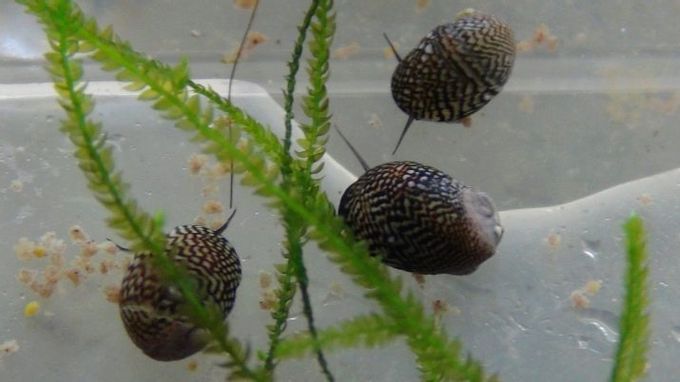 There are not many varieties of these mollusks. We will consider the most famous of them. 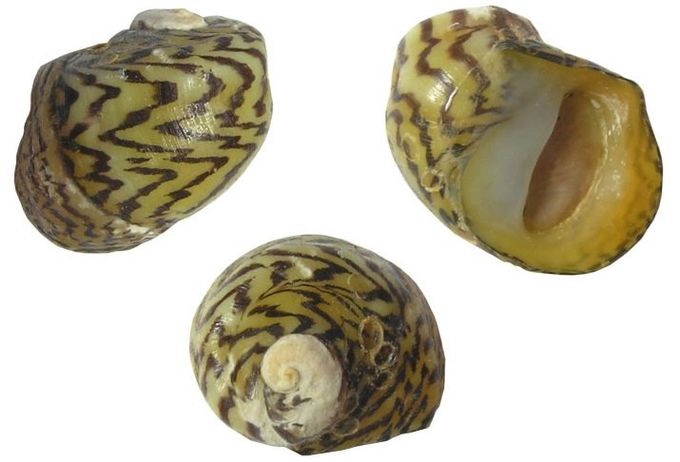 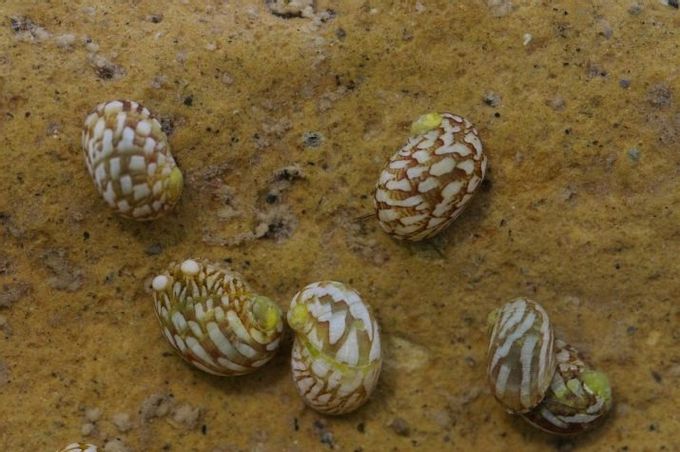 Theodoxus fluviatilis has one characteristic feature. Before eating, the snail first rubs the vegetation on the rocks. For this reason, most often the mollusk lives in reservoirs with rocky soil. 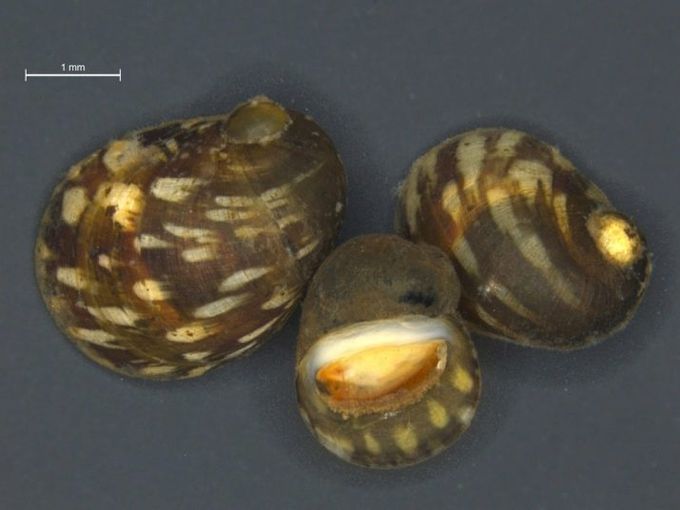 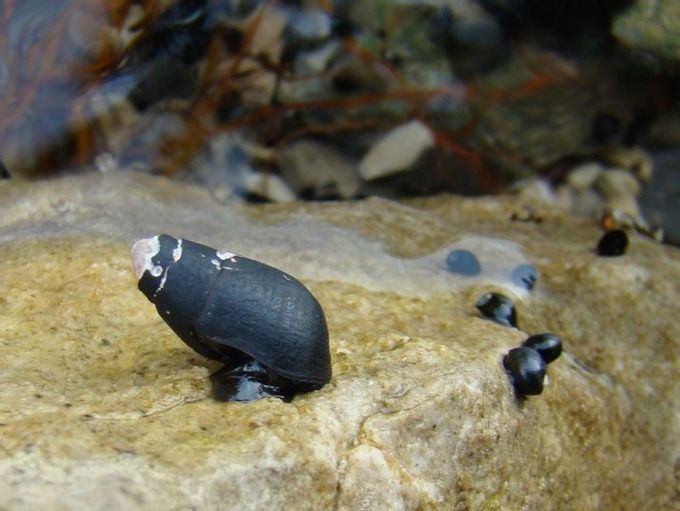 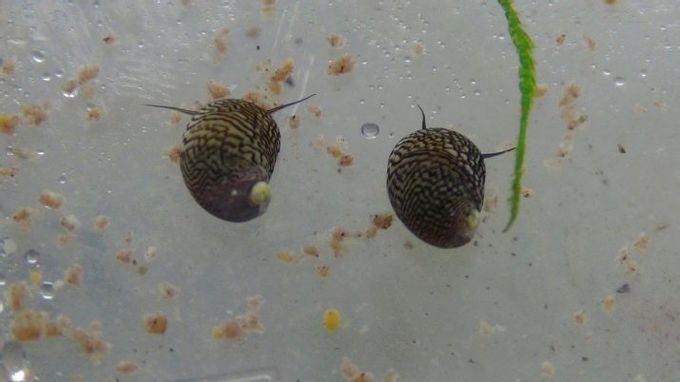 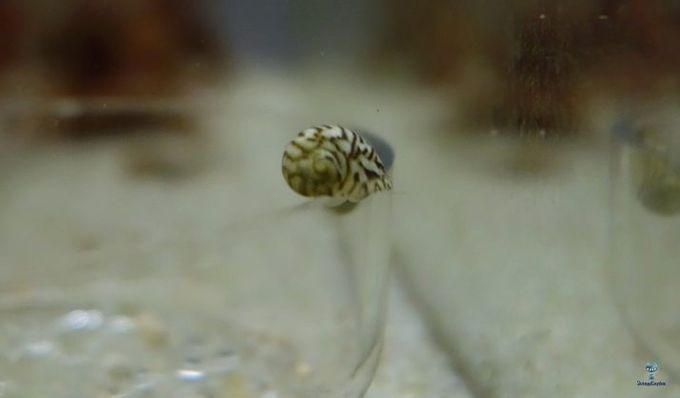 These gastropods feel quite comfortable at home. Their maintenance does not cause difficulties for aquarists. The main advantage is that it is not required to monitor the water temperature. A snail is suitable for both an indicator of +19 and +30 degrees.

There is no harm from these babies, but the benefits are significant. It should be noted that the food for them is algae, which eventually grow on the walls of the aquarium. Therefore, a kind of purification takes place. However, if the grass is too hard, the snails simply cannot cope with it. They are also not interested in tall plants; the owner should not worry about damaging them. In general, the habitation of such mollusks in an aquarium has many positive aspects, the main of which is maintaining cleanliness in the tank without human effort.

Most subspecies prefer to live in hard water. This is due to the fact that it contains more calcium, which is required for the shell to be strong. Sea limestone stones are also useful for kids, they need to be specially placed in an aquarium. The main thing to watch for is that the liquid does not stagnate, theodoxus simply cannot tolerate this. 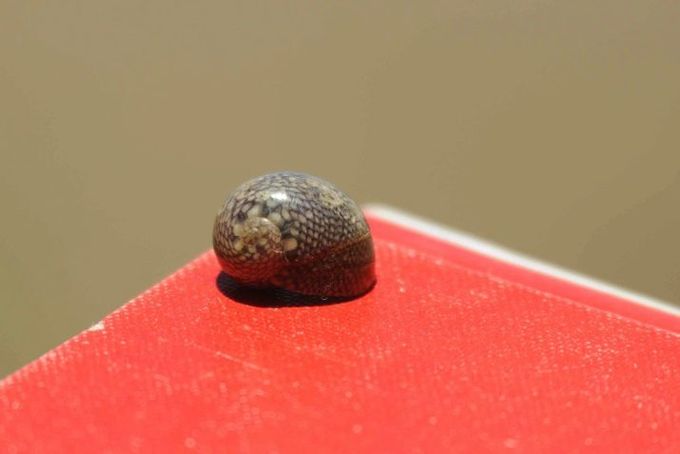 Aquarists should keep in mind that approximately 6-8 individuals can be placed in one container. Snails are small, no more than 2 centimeters, so 1-2 pieces will simply be invisible. It is also worth considering the fact that a flock of 8 pieces will not have problems with reproduction even in an aquarium. Male and female are almost impossible to distinguish. Mollusks can be not only heterosexual, but also bisexual.

I must say about one more rather interesting feature of these aquarium creatures. Each snail has its own zone. This suggests an area in the aquarium where she can rest or eat. To rest, the mollusk requires a hard surface. Theodoxus cubs often settle in the shell of adults. 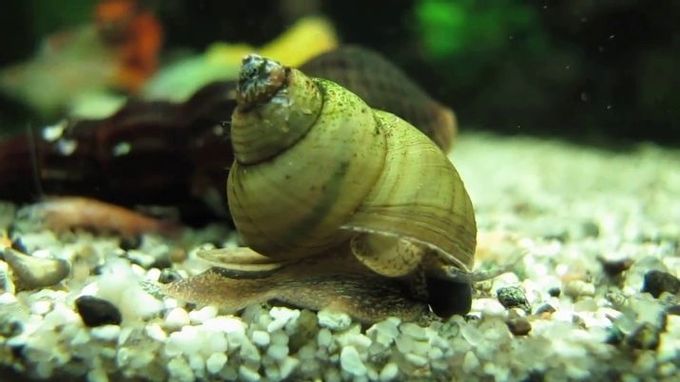 As long as theodoxus do well in the home aquarium and the water temperature is right, breeding should not be a problem. Theodoxus can give offspring throughout the year. The average temperature of the liquid, comfortable for the above process, is about +24 degrees.

Mollusks reproduce by laying eggs. To do this, they need hard surfaces, such as rocks or just the sides of an aquarium. The eggs themselves are small, about 2 millimeters in length, and are enclosed in several pieces at once in one oblong capsule. However, in this case, only one cub emerges from the capsule, for which the rest of the eggs will serve as food.

It should be noted that small theodoxus grow very slowly. After they are born, they hide in the ground. Their shell during this period is white and very fragile. Over time, the shell darkens and acquires the necessary color, the patterns appear more contrast. This is an indicator that the mollusk has matured. 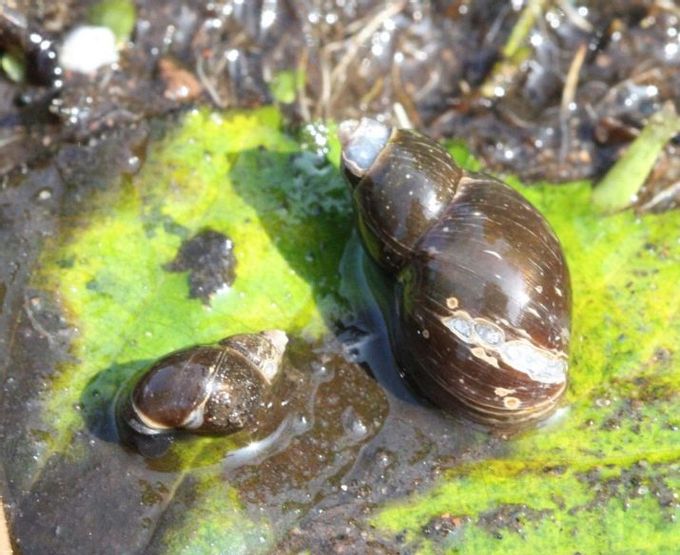 Puberty in theodoxus, contained at home, occurs approximately when it reaches 6 months. In nature, this happens after 2 years, despite the fact that babies live for about 2 and a half years. Males on the right side have a characteristic growth necessary for mating. The main breeding season is from April to October.

Mollusks breed approximately at intervals of 2-3 months. However, this does not mean that in the near future you will have to get rid of the new inhabitants of the aquarium. They grow very slowly, and live less than 3 years, which, to some extent, helps to maintain balance. All of the above features make theodoxus the pets of aquarists, they are acquired and started to be bred more and more often, since the maintenance does not cause trouble, and the kids bring significant benefits. 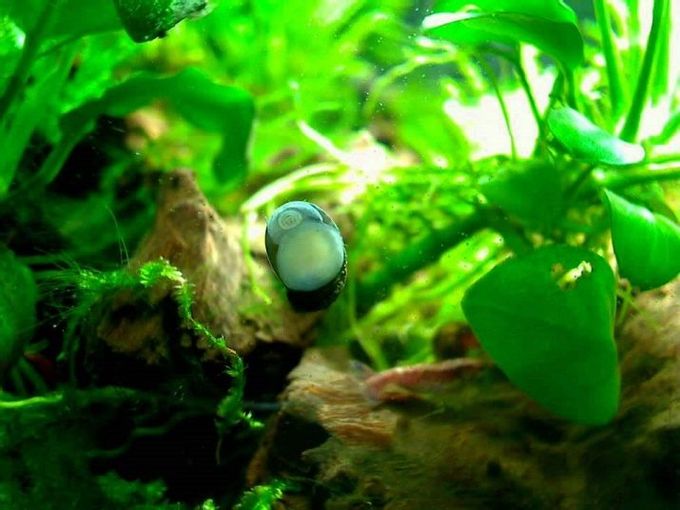 An overview of theodoxus snails in the video below.